The overview of solution

Building a smart city requires setting up hundreds of network nodes to seamlessly connect to each other to transmit data. Reliability and scalability are important features of this network.

The design is easily extended to support 20 end nodes. The reference design of the MCU uses the K60 Ethernet encryption MCU, the RF transceiver can use the MC12311 or KW01 series MCU with integrated RF, and the router and data concentrator can use the QorlQ multi-protocol communication processor P1025.

What is the Smart City

Smart city is the use of information and communication technology to sense, analyze and integrate the key information of the core system of urban operation, so as to respond intelligently to various needs including people's livelihood, environmental protection, public safety, urban services, industrial and commercial activities.

Its essence is to use advanced information technology to realize the intelligent management and operation of the city, thereby creating a better life for the people in the city and promoting the harmonious and sustainable growth of the city.

With the continuous development of human society, the future city will carry more and more people. At present, China is in the period of accelerating urbanization, and the problem of “urban diseases” in some areas is becoming increasingly serious. In order to solve the urban development problem and realize the sustainable development of the city, building a smart city has become an irreversible historical trend of urban development in today's world.

The construction of smart cities has been carried out in many areas at home and abroad, and has achieved a series of achievements, such as wisdom in Shanghai and smart dual-flow; foreign countries such as Singapore's "Smart Country Plan" and South Korea's "U-City Plan". 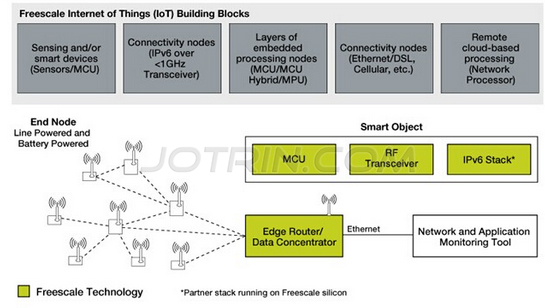 Two genes in a smart city

There are two driving forces to promote the gradual formation of smart cities, one is the new generation of information technology represented by the Internet of Things, cloud computing, and mobile Internet, and the other is the open urban innovation ecology gradually gestating in the knowledge society environment. The former is a technical factor at the level of technological innovation, and the latter is a socio-economic factor at the level of social innovation.

This shows the driving role of innovation in the development of smart cities. Professor Meng Qingguo, secretary of the School of Public Administration of Tsinghua University, proposed that the new generation of information technology and innovation 2.0 is the two genes of smart cities, which are indispensable.

Smart cities need not only the support of next-generation information technology such as the Internet of Things and cloud computing, but also the next generation of innovation for the knowledge society (Innovation 2.0).