Currently in the general LED lighting market, there are non-isolated designs and isolated drive power. Non-isolated designs are limited to dual-insulation products, such as replacements for light bulbs, where the LED and the entire product are integrated and sealed in a non-conductive plastic, so the end user does not have any risk of electric shock. Secondary products are isolated and relatively expensive, but they are essential where the user can access the LEDs and output wiring (usually in the case of LED lighting and street lighting applications).

An LED driver with an isolating transformer or electrically isolated means that the LED can be touched directly without touching the battery. The LED drive power without the isolation transformer can still achieve partial mechanical insulation by means of the protective casing, but the LED at this time cannot be directly contacted during operation.

Insulated bulbs will become mainstream in the future

The physical design determines whether the drive is isolated or non-isolated. Security rules usually require the use of two separate isolation layers. Designers can choose between two physical barriers, a plastic diffuser and a glass shield, and use a non-isolated power supply. If physical isolation costs are too high, there are mechanical difficulties, or too much light is absorbed, electrical isolation issues must be addressed in the power supply. 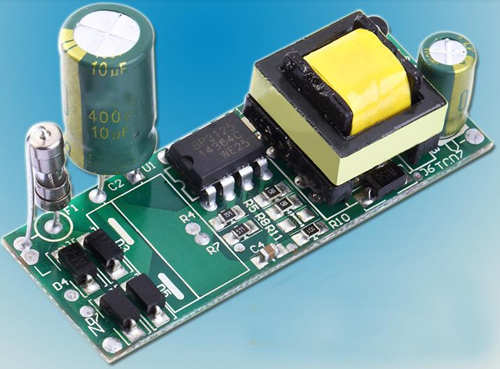 Isolated power supplies are typically larger than non-isolated power supplies of the same power level. Lighting designers must perform significant cost and design optimizations in each of the products they design. Since it is suitable for different applications, whether it is an isolated insulating transformer or an isolated protective lamp housing, the designer will always have different opinions in different angles.

Often, they analyze in many ways, such as cost and manufacturing processes, efficiency and volume, insulation reliability and safety specifications, and so on. The drive with transformer has higher cost, but it also makes the LED luminaire more practical and can meet the needs of end users accidentally touching the LED. An ordinary E27 model bulb can be replaced with an LED lamp when the incandescent glass housing is easily damaged.

In addition, luminaires in industrial areas or office equipment applications do not need to reach end users, such as street lights and mall lighting, where LED lights do require isolation transformers.

As a product that can be safely used by end users, the reliability of insulation and isolation must be considered. As a complete product, the parts of the product surface that are accessible to the user must be isolated and not subject to electric shock. From the perspective of the entire system, isolation is inevitable, the only difference is the location of the isolation. Some designers use isolated transformer designs so they can simplify heat dissipation and lampshade design. If a non-isolated drive design is used, reliable insulation requirements must be considered for structures such as lamp housings. Therefore, as a power driver, both isolated and non-isolated solutions exist simultaneously.

The main challenge that Chinese LED driver manufacturers may face is finding low-cost AC/DC drivers to achieve tighter power factor and efficiency performance in low-cost power systems. In the future, the use of high-quality, high-reliability power supplies in systems where space is limited and where heat dissipation is difficult (such as LED luminaires) will no longer be free. However, before the end user has used many of the bulbs that last for about 10,000 hours, it is quite difficult to prove that the quality is high.

Transformer-based isolated LED driver power supply will be the mainstream

Both isolated and non-isolated LED drive power solutions have advantages and disadvantages. The industry believes that Class II will be the mainstream because it simplifies LED cooling. Class I or II systems rely on grounding systems and, in most cases, are closely related to the installation location. Class II is more common, requiring two-stage or reinforced isolation, which requires transformer magnetic windings, insulation tapes, and physical isolation. The ClassI system requires a grounded enclosure and/or mechanical barrier that is not required by the Class II system. 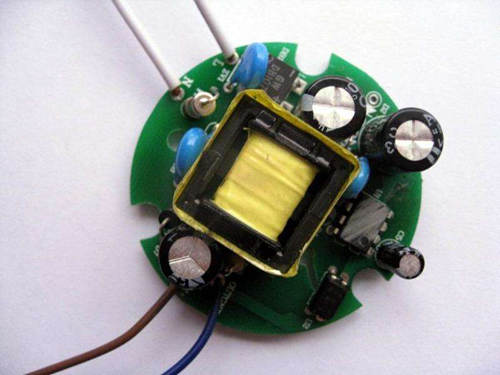 There are several trends currently driving the development of the LED lighting market. The first is the continuous improvement of high-brightness LED efficiency and the emergence of highly efficient high-reliability constant-current LED drive power, followed by global legislation prohibiting incandescent lighting (due to its low efficiency) and the gradual fading out of CFL energy-saving lamps (if broken) If it does, it will emit mercury that is harmful to the environment). The combination of these factors is making LED lighting a long-term trend. Of course, low system costs (including LEDs, thermal management systems, and LED drivers) are always the driving force for consumers to adopt LED general lighting.

In fact, in many LED lighting products, failure is a common phenomenon, mostly because of the failure of the power supply, not the failure of the LED. At the design level, this means that the OEM must become an expert in system thermal design. LEDs provide high efficiency, but they also generate more heat transfer than incandescent or energy-saving lamps.

Since many LED lighting applications are enclosed in a small space, it is difficult to dissipate heat by ventilation. Without careful thermal design, LEDs and power drive circuits can easily degrade or permanently fail due to high temperatures.

이전: Lite-On Technology Selected as a Member of 2012 DJSI two years in a row, ranked as the Sector Leader of Electronic Component &amp; Equipment

다음: Analysis of various impacts of different environments on sensors