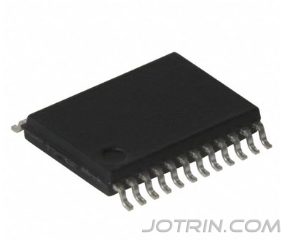 The 74LS04 is a digital control switch chip with several internal electronic switch circuits that control the internal switch states by external signals and is used in holiday lights to control the lights to turn on and off in a set sequence.

The 74LS04 is an inverter with six single inputs.

Its output signal is opposite in phase to the input signal. The six inverters share the power and ground terminals. The others are independent. The output signal is also amplified to a certain extent by the ability of the manual load.

Inverters can reverse the phase of the input signal by 180 degrees. This circuit is used in analog circuits, such as audio amplification, clock oscillators, etc.

The 74LS04 IC has six non-gates. These non-gates perform the inversion function. This is why they are named hexagonal inverted gates.

The 74LS04 and 74HC04 are both inverters, but LS stands for Low Power Schottky, and HC stands for High-Speed COMS.

이전: What is SLAM technology?